Adventure of the Heart: Winter Festival at Osho Leela

Madhuri reports on the annual Celebration in Dorset, England, 5-8 December 2019.

Oh, what a time we had! The Winter Festival at Osho Leela is always wonderful – nourishing, loving, fun, rich, lively – but this year was something else! The theme was Adventure of the Heart (after Osho’s quote, “The heart is an adventurer.”)

Osho Leela is a warm-hearted oasis in the mildly rolling Dorset countryside – a huge old rambling mansion with outbuildings, set in lawny, lush gardens surrounded by gentle woods and sylvan pathways. The centre hosts many sorts of groups and festivals – and has been a robust Osho presence in the UK since the early 90’s.

During these December days and nights, great storms rolled across the land, shaking the outlying caravans like leaves, rattling windows, and, if you were reckless enough to sleep with a window open, sending in a waterfall of rain. We hurried blissfully to Satsangs and Evening Meetings in mizzling drizzles, full tempests, and occasional clear spots where rainbows shone.

There were different seminars available, each lasting one and a half to two hours: Heart Dance with Nishok and the Heartbeats, Who is In? with Smaran, Awareness Through Movement (Feldenkrais) with Nikhila, Live Trance Dance, Art Space with Mala, Live Nataraj with Sattva – and in keeping with the theme, I was offering two workshopsful of heart meditations, most of them from the School of Mysticism in Poona, where Waduda (later Leela) facilitated Fourth Chakra groups: Vastness of the Heart and Heartspace Tantra.

And then… a departure at three hours – Veet Nisarg and Human Design Alive! Meditations were: Vipassana, Dynamic, Yoga, Kundalini, Satsang and Evening Meeting – made beautiful and vibrant by the lovely live music of Tarisha and her band. And there was a Music Group with Chinmaya and Co, a sannyas initiation, and a SHOW!! with us as the performers. Oh yes, and Introduction to Osho, which I lead each year, where people can ask questions about meditation, Osho, Osho world.

The food was always plentiful, healthy, and yummy. There’s a big room at the front of the house with long red couches in it where everybody relaxes, chills, and chats; the overflow from the large dining room can sit there for meals, plates balanced on laps. Near this room there’s a cosy bar with a piano, and then a nice curving staircase up to bedrooms and communal showers and so on.

Each day we had a big meeting to dance a bit, introduce whomsoever had just arrived; and group leaders could describe their offerings briefly. Then we’d dance and hug some more.

Really I have to wonder: Why does anybody ever teach anything but heart meditations? (Well, okay, not really, but… ) Perhaps this festival was so lit-up for me partly because I got to bring these elemental, sweet, transformative techniques to everybody. In the first workshop, Vastness of the Heart, we did Heart Listening followed by Heart Telephone – and a wonderfully teary, deep-moving time was had by all! In Heartspace Tantra we did Heart Eye-Contact, Going Into Your Own Heart, I See Your Beauty, and Heart Breathing – this last accompanied by the most celestial piece of music: Eternity by Shardad Rohani. Oh, we had fun, a roomful of people facing each other in pairs, arms swooping up and down like wings, gazing in each other’s left eye and breathing, breathing, breathing into the heart!

And then lying down alone afterward, to rest and integrate…

And then… Nisarg, who’d flown in from Salzburg just for the festival, presented a three-hour seminar – much too short – to forty-four people – much too crowded! (But nobody had the heart to turn anyone away.) It was a beginning, experiential Human Design taster – which I think planted a warm furry seed for further exploring. And just having Nisarg around all weekend, chatting with people, going about glowing in her inimitable Reflector glow, also lit things up for me (and I guess not only for me).

I had a big stack of my book, Mistakes on the Path, and they vanished fast and I took orders for more. That was nice too….

I wore dark pink the first day, light pink for the Heartspace Tantra, then on the last day, green – all heart chakra colours. Fun… And it was so nice to wear my mala, with its rosequartz beads. And it was as always so rewarding and juicy and humbling to gaze joyfully on all the human angelic beauty around me – in the people who attended from far and wide.

There was the show on Saturday night, MC’d as always by Prabuddho, and the quality was astonishing throughout – quite mindblowing how each talent was so smoothly, seamlessly, touchingly or hilariously, talented! Three poets – including the brilliant, soft-voiced, soulful Nikki and the wisecracking, melancholic and so-astute Caroline – a couple of singers – a boisterous skit starring the Queen and her consort (Lalitya and Amitabh) – a wonderful comic monologue by Nishok (on the commercialization of Gaps, basically) – and much more. As Prabuddho always says, you won’t find a more appreciative (and forgiving!) audience in the world.

At the end there was an improv skit – a call for volunteers – and, for a few minutes, I got to inhabit the persona of the horridly bitchy Professeur Mme Manure, being interviewed for a talk show, while Chinmaya’s ten-year-old daughter knelt behind my chair and her arms and hands were substituted for mine, which were folded up behind me! The female interviewer sported Chinmaya’s muscular arms and hands! It was so funny, and I felt that I had now to run away and join the Improv circus, so freeing was it to let the wild out through the freedom of being someone else!

After the show there was dancing, sauna, or just sitting at the bar chatting… while old friendships were re-kindled or new ones found.

I want to put here the poem I read in the show – because I had written it after doing three heart meditations in a row once in 2013, and it was thus relevant to the theme of the weekend. (I balanced things out by following it with a nice sassy joke, delivered in a full-on Georgia drawl.)

It’s our privilege to ache for the February day
In the pit of the heart.     Houses stacked up on the hillside;
Brown river purling.

We got born here at all
To hold the weights of weather, coruscations of land
My father’s fire in the back of the heart-hearth
Unlived and terrible
Breathing in my devoted spacing
My arms working up and down like wings

Oh god-child, don’t refuse me
I am the silent shout of melancholy
If you walk my hills and love me
With your low-bedded limbs;
If you lie beneath me willingly
And let me wade in you like winds –
Tell me your sorrows
And I will give them back to you
Blown all to heck with bright weeping

Oh god-child, breathe my might
Into your heart’s marrow, if you will –
Then I’ll tramp beside you lifelong,
Offering the key to give you gratefulness for grey things –
Breathe –

As always the Osho Leela staff kept things running well and with great practicality without ever imposing any sort of annoyance on anyone! Difficult to do… and so much appreciated – and, often they also participated in the festival activities and we were all happy… My own seminars were graced by the glow-eyed young Aloha helping me with the sound system.

And so we all bathed in the heart…

The organizers of this festival are Sidika, Mala, Smaran, and Prabuddho. They make a great team – calm (mostly), non-bossy (completely) friendly (sweetly) human, vulnerable as we all really are and are meant to be. I’m so grateful to be invited to participate and teach… coming down from my lonely writing-perch in W Yorkshire (in this case it was ten and a half hours by train, during a strike, where trains were packed and delays were suffered and it was all exhausting and I was charged double for my journey for reasons too obscure and tedious to go into here. So – what a great thing it was to land in the love-basin of the Buddhafield, and be where sanity is).
Thank you to all – .

Madhuri is a healer, artist, poet and author of several books. madhurijewel.com 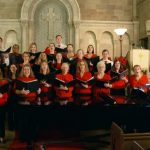 Energy as the basis of acupuncture