Phoebe’s horoscope with quotes by Osho; “All anxiety, all suffering exists because of you – the shadow of the shadow. The self is unreal, the ego is unreal, and because of that unreal self many unreal shadows are created.”

Phoebe would like to point out that we all have all the twelve zodiac signs in our horoscope – some with planets in them and some are empty – meaning some of the themes addressed are in the foreground and some in the background of our lives. “I recommend readers to read all twelve quotes, not just their star sign, for a wider perspective on the themes of the month,” she says.

Mood of the Month

“All anxiety, all suffering exists because of you – the shadow of the shadow. The self is unreal, the ego is unreal, and because of that unreal self many unreal shadows are created. They follow you. You go on fighting with them… Just move from the head to the heart and the ego will disappear. The ego is a projection of the head – don’t fight with it. You can go on fighting for lives together, but if you remain in the head you cannot win… Just change the standpoint, just move from the head… to a deeper standpoint of the being and the whole thing changes… From the heart there is no ego.” 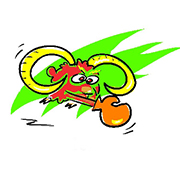 “Nothing is boring, nothing is repetitive and monotonous – you are, and you bring your quality to everything that you do. No act is boring in itself, and no act can be non-boring in itself. It is you who makes it boring or non-boring… So remember, you are not bored because repetitive acts have to be done. Rather, on the contrary, you are bored – that’s why they appear repetitive. For instance children want to repeat things. They go on playing the same game again and again… They have a different quality of consciousness. Nothing is repetitive for them. They enjoy it so much that the very enjoyment changes the quality.” 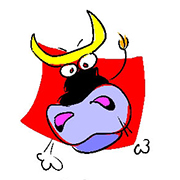 “You go on saying that this house is mine, this furniture is mine. You go on talking about your possessions, and you never know what you really possess. You possess total being. You possess the deepest possibility, the center-most core of existence in you… If you can feel yourself rooted in existence, merged in it, overflowing with it… then you will feel, ‘This is mine. This existence belongs to me. This whole mysterious universe belongs to me. This whole existence… has been existing for me. It has created me. I am a flower of it. This consciousness that has happened to you is the greatest flower that has happened to the universe.” 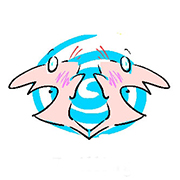 Major Aspects for Gemini: Mercury opposes Uranus on 7th and 20th. Moon in Gemini squares Venus on 6th and Neptune on 7th.

“Don’t suppress anger, hatred or anything, but there is no need to express it on someone. You express it on someone because you feel the other is responsible. That is wrong. The other is not responsible; only you are responsible. You feel hate because you are hateful, and the other only gives you an opportunity, nothing else… He is not the cause – the cause is always within. He is just the instrument to bring the cause out. So just be thankful to him – be thankful that he makes you aware of your own hidden hate… No one can create anything in you, remember that forever.”

Relevant Planetary Positions: Full Moon in Aries on 1st and in Taurus on 31st . New Moon in Libra on 16th. Moon in Cancer 8th-11th.

Major Aspects for Cancer: Moon in Cancer squares Chiron and trines Mercury on 9th, trines Neptune on 10th and opposes Jupiter, Pluto and Saturn on 10th.

“When you understand that everything is just mind you are freed… Start from the very near, your own moods, and you will be the master if you can feel and know that they are your own creation. Whenever you start thinking in terms of sadness you become sad, and you become receptive to all the sadness around you… You fall to a certain wave-length where only sadness can be received… When you are ready to be happy you are on a different wave-length. Now you are attuned to all the happiness that this world can give. Now everywhere flowers start flowering… The whole world remains the same, but you are different.”

Relevant Planetary Positions: Sun in Libra until 22nd, then in Scorpio. Venus in Leo 1st-2nd. Moon in Leo 11th-13th.

Major Aspects for Leo: Sun opposes Moon in Aries (Full Moon) on 1st and in Taurus on 31st, and conjuncts Moon (New Moon) in Libra on 16th. Sun squares Jupiter on 11th, opposes Neptune on 11th, and then squares Pluto on 15th and Saturn on 18th. 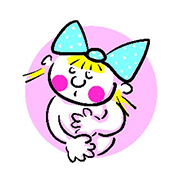 Relevant Planetary Positions: Venus in Virgo from 2nd to 28th. Mercury turns retrograde in Scorpio on 14th and re-enters Libra on 28th. Moon in Virgo 13th-15th.

“Love never wants to make any security – it is secure in itself. That is the point. It is so secure in itself that it never thinks about any security. What will happen in the future is not a concern at all, because the future is going to grow out of the present, and if the present is so alive, so blissful, the future will grow out of it. Why worry about it? When the present is not a bliss, when it is a misery, then you are worried about the future. Then you want to make it secure, safe. But, remember, no one can make anything secure. That is not in the nature of things. The future will remain insecure. You can do only one thing – live the present more deeply.” 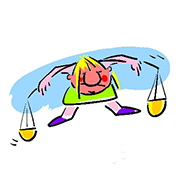 Major Aspects for Libra: Venus trines Jupiter on 19th, then trines Pluto on 21st and Saturn on 24th. Venus opposes Neptune on 18th. Moon in Libra opposes Mars and squares Jupiter, Pluto and Saturn on 16th .

“You are almost always ready to be disturbed… If nothing comes from without you will create something from within – some thought, some idea, and you will get disturbed. You need excuses. Once you know how to relax nothing can disturb you… Then all that happens around you is soothing – even the traffic noise becomes soothing if you are relaxed… If you are prone to be disturbed that shows only one thing, that you are existing near the periphery, nothing else… that you have made your abode near the surface, and this is a false abode because your real home is at the center, the very center of your being.

“There is an autumn of the inner mind. Leaves will drop. It will be painful. You have lived with those old leaves for so long that you will feel that you are losing something. And then there will be a winter of waiting, an inner winter when you will be nude, with no leaves, a naked tree against the sky. And you don’t know what is going to happen. Now everything has stopped… This is the gap, the interval. Christian mystics have called it the dark night of the soul… This has to be passed because then there will be spring. New leaves will come, new life, new flowers. A totally new dimension will appear within you.”

“Withdraw your efforts to create a secure life. Just by withdrawing, your walls around you will fall. For the first time you will feel rains coming to you directly, the wind blowing at you directly, the sun rising to you directly. You will be under the open sky. It is beautiful… This freedom will make you more alive, more flowing, more open, more rich, more radiant… Nietzsche says, ‘Live dangerously’. Not that you have to seek danger positively… Don’t create protections. Don’t create walls around you. Live naturally and that will be dangerous – dangerous enough. There is no need to seek any danger.”

“Head gives you clarity, and because of this clarity much confusion has come into being… With reason everything is clear-cut – no vagueness, no mystery is allowed. All that is vague is rejected; only the clear is real… Reality is always unclear, vague. Concepts are clear, reality is mysterious. Concepts are rational, reality is irrational. Words are clear, logic is clear, life is not clear. The heart gives you a melting vagueness. It reaches reality more intimately, but it is not clear… You must have unclear eyes to enter reality again. You must be vague, you must be ready to enter into something that cannot be conceptualized… into something which is staggering and real, staggering and alive.”

Phoebe Wyss is a regular contributor for the monthly horoscope and is the author of various books on astrology – astrophoebe.com 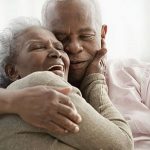 Except the process of meditation, everything is non-essential