My Dance with a Madman by Anand Subhuti

Bhagawati’s review on the newly published book by Anand Subhuti 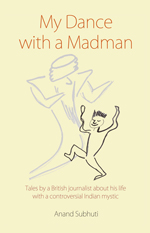 It is very possible that you will open this book and not be able to put it down until you’ve read through it to the last page. In his typical sharp and witty way of expressing, Subhuti has filled a slim volume with the spellbinding experiences of ten massive years about his search for meaning in life, taking sannyas, growth, intense ashram and commune living, personal observations, and life with Osho.

As a former political journalist, Subhuti was an asset for the press office in Pune One. He wrote many of the press releases we sent out to all and sundry on a huge variety of topics which were widely published, breathing life into the stuffy Indian media of the time. Osho would say something in discourse about Morarji Desai, for example, and Krishna Prem and Subhuti only needed to look at each other to confirm that here was another bombshell to be dropped! In those days Subhuti tended to be on the more sarcastic side of writing, hitting any target mercilessly and totally to the point. In his book My Dance with a Madman I find his writing transformed – while immensely focused, there’s a softness that tells of deep understanding of life’s issues. It appears he no longer has an urge to lash out against those who tried (and still do) to stop Osho and his people; his writing is satisfying and intelligent, with keen observations about other players thrown in.

The years in Rajneeshpuram – where among other jobs he worked on the Rajneesh Times – are brought to life with excellent knowledge about the outer and inner events that finally brought about the demise of the community.

His intriguing skill in describing those years will attract also readers who don’t know much about Osho and sannyas. Subhuti nimbly refers to public and global events while keeping a fine balance between being in a mystery school and at the same time relating to the ‘normal’ world.

He also refers again and again to Osho’s immense compassion:

“And still, sometimes, when I look back at everything that happened, I shake my head in wonder at the way Bhagwan carried out his self-appointed mission to awaken those around him. Knowing all the trouble it would cause, knowing he would be misunderstood, knowing that he would be dismissed as a charlatan and a fraud…he did it anyway, and he did it with humour, style and a scattering of four-letter words.

“I’m glad I was around. It’s been a privilege to ride the tiger, to have my eyes opened, to dance with a madman.”

This book is a marvelous exploration of the impact Osho has on his sannyasins and the entire planet. I highly recommend it.

Anand Subhuti worked as political correspondent for ‘The Birmingham Post’, being a constant presence in the chambers of the House of Commons in London. He took sannyas in 1976 and lived at the ashram, in Rajneeshpuram and then again in Pune until Osho left his body. He mainly lives in Europe yet visits India every year, the country he loves. subhutianand.com, Facebook Fan Page

'My Dance with a Madman'BhagawatiBooksOshoSubhuti 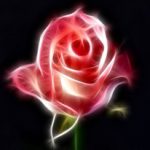 I Am All for Fighting

What Does it Mean to be a Disciple? 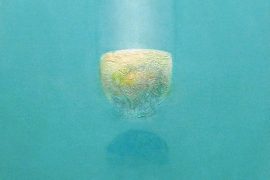 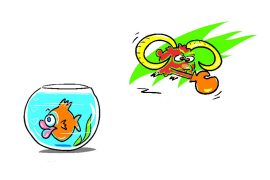