The Goose Is Out! Osho The Movie has received the financial backing to go into production

Lakshen just wrote to me “The goose is out” and I knew this meant that the finances for his movie project have come through. He came to visit me in Corfu ten days ago and stayed here for a few days. Long enough for me to read the script, to spend time together and talk (a lot) and for Lakshen to look out onto the sea, reflect and wait for the contract to come through. Then he left on the ferry to take him to another Greek island, his beloved Lesvos.

It did not take me long to read the script, despite me being quite a slow reader. In fact, I could hardly put it down: it read like a thriller. It was exactly how I had imagined I would make a movie about Osho! Even before I saw his storyboard I could very clearly see the poetic scenes of Osho’s childhood, interspersed in the narrative, very much in contrast with the events which happened thanks to the Reagan Administration.

Lakshen chose to give the main role to a journalist who visits the Ranch. For her job she researches the life of Osho and the sannyasins which gives Lakshen an opportunity to show documentary footage from various times. The journalist follows the events on the Ranch, while Osho leaves the commune and visits him on the World Tour.

To keep the story tight Lakshen has woven the events around her, her boss at the TV station and five sannyasins, which will also be played by actors. They do not correspond to real life figures, but this works well for the story which needs to be kept within two hours and also keeps the identities of the real people safe. The story works well like this. Osho will also need to be played by an actor for those scenes where the cameras were not rolling live, during childhood and in jail, but with the original footage the audience will get a glimpse of Osho’s radiance which we enjoyed in real life.

Lakshen has been preparing the movie for 7 years, despite this I was amazed at his detailed knowledge of the facts during those turbulent times and he is well aware that in places he had to take a poetic licence in order to make things flow within the narrative. I also saw the story board which he had drawn by hand, frame by frame, where each scene is shown in the cut he has in mind. Now production can start next year in India, Greece, Italy, and the States.

Although he has already secured the collaboration of actors like Irfan Khan (“Slumdog Millionaire” and “Spiderman” which will come out next year), now with the financial backing he can approach further actors for the main roles. And to have Fabio Cianchetti as Director of Photography and Kamlesh Pandey as a script writer on his side will be a great asset. Kamlesh is one of the most famous writers in Bollywood and has been a sannyasin since the Mount Abu days and Cianchetti worked on the last two movies by Bernardo Bertolucci (“The Dreamers” and “The Siege”).

We know that Hollywood, despite their millions, have not found the correct ingredients for the perfect movie and have not been able to predict the success of any movie, so we cannot say anything about this one. The final verdict is always cast by the audience. But after reading the script I know that Osho The Movie has great potential and if the (Greek) gods are blowing into the sails in the right direction we might see the land  – and give Osho’s message another means to reach out.

You can read here my interview with Lakshen from last summer…
Website: oshothemovie.com 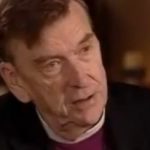 Religion is Always in the Control Business

What luck, what karma, what grace

Uwais is asked, “How do you feel?” 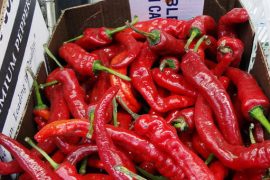 Never feel ashamed of your tears