Prartho and Bharatam’s place in Tuscany is open for visitors!

There are certain spots on this globe occupied by clusters of sannyasins who usually are not natives of that particular region and not necessarily living in a communal setting either. They have, however, found sites that suit them energetically and where they can also support themselves financially.

One of those areas is Tuscany and two of those friends are Prartho and Bharatam. I know both of them since commune days and one of the photos shows Prartho at the Zorba the Buddha restaurant that Anatto started near Varese (Italy that is) in 1982! 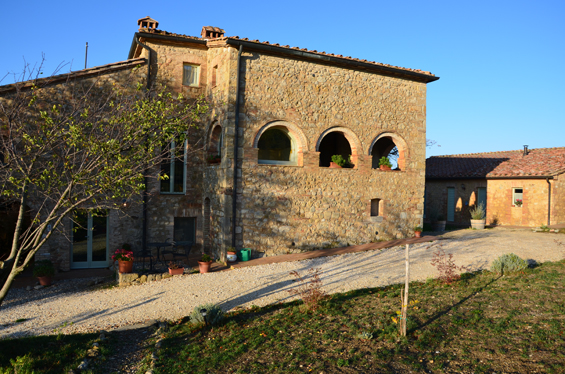 They met in Kota Rajneesh in Zurich in 1985 where Bharatam was working in Accounts, while Prartho was part of Rajneesh Services; they both left at the beginning of 1986 when the commune folded and headed for Italy just to get accustomed to the outside world again.

Many travels followed – to Australia, then Pune, then back to Europe. They decided to stay in Munich where Pratho was working in a pub and as a cleaner, while Bharatam worked on a building site. However, they soon followed a call from Prartho’s father to return to Italy as his health was failing and he needed help. Prartho says, “We arrived in Tuscany, and I worked in my father’s pub while Bharatam first dealt in old cars and then became a self-taught carpenter. In 1988 we bought a house and I returned to the work I used to do, working with travel agencies and being a tour conductor accompanying Italians to foreign countries. Not only for holidays but more particularly for business trips, conventions and exhibitions by Italian producers selling in China, Japan, Korea, Taiwan, Hong Kong, Singapore.”

Dramatic family matters changed their lives around – Prartho’s father died in Kenya and they went there to close his estate: “It was a beautiful yet terrible experience at the same time – on the one hand was the death of my father in a hospital in Mombasa, and on the other experiencing the different attitude African people have towards death. It is something that happens all the time among them, it is something simple and normal and accepted without drama. Tears and sorrow are there yet it is accepted to be part of daily life. I love Kenya, a wonderful country where I can be in direct contact with free wild animals, with the people and their small joys and sorrows, so close in touch with earth.

“Then, after one of my sisters died, my mother followed and I had to take care of so many family issues! So I dropped out my work and at the same time found the big love of my life (besides Osho and Bharatam) – horses.

Prartho and Bharatam moved again – this time to the Chianti area where they stayed for years during which Prartho managed an agritourism enterprise. However, they felt the area was becoming too crowded and wanted a larger space where they could set up their own business and have some land for the three horses they had bought by then. Prartho rides the youngest, a 9 year  old, the other two – 27 and 17 years old – are kind of retired.

In 2007 they embarked on a new adventure near Radicondoli, a hamlet close to Miasto and about 30 km from the beautiful medieval city of Siena. Prartho explained, “The first time we saw the area we did not like it; also, living so far away from everything seemed a bit scary. Then we realized that Radicondoli is far away from everything yet at the same time in the middle of everything (forty minutes from Volterra, the Mediterranean, Siena, and San Gimignano, half an hour from Abbadia di San Galgano, Monteriggioni, one hour from Florence.” (Visitors to Tuscany will appreciate those landmarks, it is an amazingly beautiful area!)

Radicondoli is a magical small town with 900 inhabitants, and a large music school located in an ancient convent where a musician and a biologist are giving music lessons to all the children of town for almost free. Many concerts are held there as well as simple theater plays. Every year during the month of August there is a large music, dance and theater festival. Life there is authentic – and full of creativity and culture.

When they saw the house they would purchase, they fell in love immediately – mainly also because of the natural reserve surrounding it that has animals peacefully grazing during the early morning and during sunset. They started renovations in May 2008 and it took one year before the grand opening of Bel Canto (means beautiful corner) in July 2009 as a Bed and Breakfast venue located on top of a geothermal hill overlooking the Val di Cecina. The view over the typical rolling hills of Tuscany is simply spectacular. This area was at one time ruled by the all powerful Cosimo de’ Medici, the Grand Duke of Tuscany.

The central part of Il Bel Canto dates from that Renaissance time, and later three wings were added that form a delightful courtyard. The building stands amid woods and olive groves and was long neglected. The restructuring respected the ancient origins but included total comfort for today’s guests and also most importantly they were made with a ‘green’ attitude and energy conservation in mind. Bharatam who had become quite a celebrity among the locals in Chianti because of his excellent carpentry skills – they called him ‘oreste il falegname celeste’, roughly translated, the heavenly carpenter – had his work cut out. He rebuilt part of the old house, all the furniture and doors for the new building.

Prartho enthused about the many occasions she has seen mufflons (the largest reserve of mufflons in Italy, presently about 500), deer, foxes, and wild boars feeding in the nearby hunting reserve of 1,500 hectares: “There are two national reserves, Cornate and Fosini, and Le Cornaccie. Living practically in the wild yet also close to Radicondoli makes it the perfect spot. We both love to go on walks and mountain bike rides in this geothermic area. Thirty minutes from here is the small town of Sasso Marconi and the small national park of Le Fumarole where you can walk in the middle of hot sulfurous geysers coming out of the earth and enjoy dipping in the tiny beautiful hot pools. Nature puts up special shows again and again!”

They are open throughout the year, with summer being a time to also enjoy the local festivals in their medieval settings. Various workshops and groups have been held in their premises, such as yogalates training, a shiatzu group, counseling groups, cooking classes, music concerts. Many sannyasin friends live in the area around Siena and close to Miasto and often visit, play music and meditate together. Among those old friends are Svarup and Premartha, Samapat and Muni.

“We are so glad to say that visitors are also very touched by the beauty of this place, by the silence…and the foxes; and we look forward to reconnect with many more old friends.”

All photos by Bharatam

Near-Death Experience and the Blink Environment 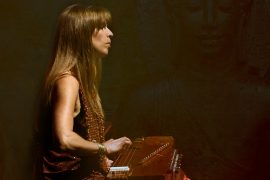 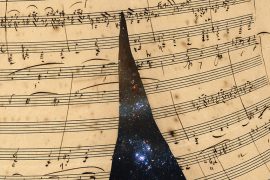 The meeting of sound and silence 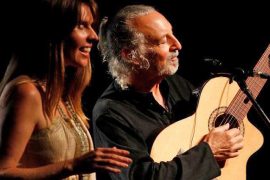