Pankaja films Zen Archer Bodhihanna at Osho Teerth Park and talks to her about her life as a child during WWII.

I can never resist a good story, and of course Bodhihanna and her Zen Archery are visually wonderful. She was telling me one day about the visitor who had written an article about her which had been published in Osho News, and I said I’d love to make a film about her. She agreed, and I spent an afternoon in her flat filming her while she talked about her life growing up as a child in Nazi Germany, being bombed by the English and the Americans, and how continually living with the imminent possibility of death had helped her to live in the moment. It was fascinating to hear a story from the ‘other side’ as it were, since I also grew up during the war, but in England, being bombed by the Germans!

Of course she was wearing the beautiful Zen Archery uniform as she spoke, in what we both assumed to be a quiet afternoon, in her second floor flat. But of course India is never quiet, and all sorts of interesting bangs and squeaks wafted up from downstairs.

Filming her practicing in Osho Teerth Park was also wonderful, with the accompaniment of some lovely Indian ladies sweeping up leaves. The moving crew brought the heavy straw target from the Resort, and though it had to be set up very close in order to make filming easier she assured me that the purpose is not to hit the target but to be in the correct stance and space, it is an internal meditation and centering practice, not a sport.

It so happened that Raj has been studying the Japanese shakuhachi flute for the past eight years – when he started he asked his teacher how long it would take to become proficient, she said eight years! He agreed to let me record him playing the flute to use as an accompaniment to this Japanese martial art. It fits perfectly with the shots of Bodhihanna preparing her bow, putting on her wonderful old leather glove and breast plate, and preparing to shoot.

As we were going she brought a couple of students from her morning class, Daniel and Katya, which made a great opportunity for her to explain and teach the art of Zen Archery.

The film was shown at the Cannes Short Film Festival in September 2015.

Text and video by Pankaja 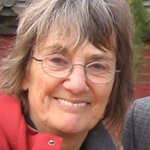 Pankaja (Panky) spent a year studying at the very first London Film School and wrote 4 published novels before taking sannyas in the early seventies. She has been part of Osho’s communes, mainly in Pune, until Osho left his body. After several years travelling around various parts of the world she settled back in London. Now that it is possible to shoot and edit an entire film by oneself she has resumed that longed for career. Her films have been shown at film festivals round the world, a couple receiving a Special Mention. pankajabrooke.com 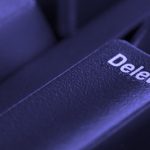