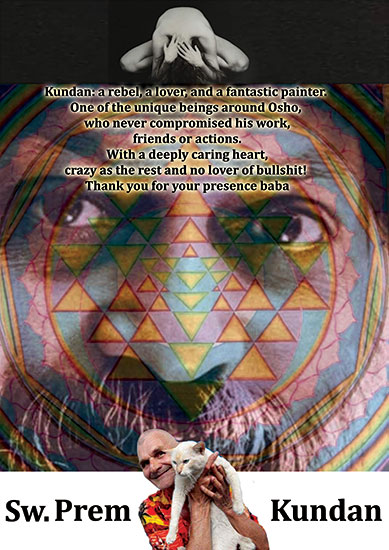 Kundan was born in Baden-Baden, in the Black Forest, Germany. We happened to have been born in the same place, the Josephinenheim at the foot of Mount Merkur. We met when I was 15 and Kundan 19 years old. A year later we ran away, hiding out in Holland and England. When I became of age at 18, we travelled overland to Dharamshala, India, where Kundan studied to play the tablas, and I the sitar.

In 1978 he was initiated by Osho and received the name Prem Kundan, meaning
Pure Golden. (Kundan means 24 carat gold.) Before that he was called Michael. I was called Gabriel before we travelled to Oregon, USA, where I took sannyas in 1982.

His passions were music and painting. For a while he composed trance techno, until he got into painting full-time, but always while listening to music. In the last couple of years he mostly listened to ambient trance sound. In the late 80s he became interested in Sacred Geometry in particular the Sri Yantra, squaring the circle, creating also 3-dimensional Sri Yantras.

While living in Bali for the last 20+ years, he painted hundreds of Mandalas, Sri Yantras, Flowers of Life and in the end he got into painting the Metraton.

Throughout his life Kundan was a very intense and creative being. He is eternally ‘that’.

You can leave a message / tribute / anecdote using our contact form (pls add ‘Kundan’ in the subject field).

I do not remember how we met, probably about the time we were together in his apartment; talking, smoking and having a great time. He hardly left as far as I remember, just once a year to Malana to get his charras and some Goa stints. In Poona he created his Sri Yantras and filled up with Osho energy. He never stopped loving the Sri Yantra, the Master Yantra, and when I visited him in Bali he had a 3d version hanging over his throne, the chair where he sat creating amazing videos and paintings. He also loved Goa trance and (as it was in my place in Poona as well) had it blasting 24/7.
He was a king and it was somewhat an honor and rare to be considered his friend. His vital presence was intense and honest and I had a great respect for his directness and honesty.
Blessings, my friend, and have a great trip…
Satyam Vinaya

Some music on his journey: youtu.be

I met Kundan in Berlin, in 1988, at an all-night indoor party where Pushava and Sangeet played what was then called ‘house music’, basically the early electronic music from Goa… after that I met him in Poona 1988. He is a very creative being, and not at all compromising his art. I would meet him all over the place and again and again until I went to North America and he to Bali. His last words to me were quite recent:
“Wow – wish you good harmony. Keep the frequency clear.”
I will always remember him as one of my dearest friends, very loving, very unique ❤️
Paritosh Upavas

Beloved Kundan! My big brother! To me you are inspiring, beautiful, funny, straight to the point, resourceful, daring, being love in motion. Thank you for being in my life! Vasudha I love you!
Nirmalo

Lucky to know you at your farewell party. Kundan x fly high, my friend
Sw Abheeru

We met in 1982 when Kundan and Vasudha came back from India to Baden-Baden in Germany, our hometown, he driving a taxi to make money for his next trip to Oregon, the States…to Osho.

Osho inspired him to look deep into the mystery of the Shree Yantra and this is what he did with passion for the rest of his life.

We met again in 1992 and spent a great time together visiting and participating in trance parties all around Germany, culminating in the Cologne Party to where he had brought his 3d Shree Yantra letting it turn and spin to the music… and then together we left the country in September that year heading to India.

In 1993 we went to the great pyramids in Egypt. He had a deep admiration for the great Cheops pyramid and its mathematical and geometrical secrets it contains. He found out that the Shree Yantra is the actual blueprint for the pyramid.

The following year on our way to Australia, we made a stopover in Bali, Indonesia. Kundan immediately fell in love with Bali and its people, and never left except for short trips to Thailand, Campodia, especially Angkor Wat, Singapore and India.

I met him again in 2009 in Rewalsar, India, a small town at the foot of the Himalayas with many Tibetan monasteries. He loved the Tibetan people and was close with his heart to His Holiness The Dalai Lama and His Holiness the 17th Karmapa Ogyen Trinley Dorje.

His passions were music, electronics, trance, and his latest favorite: ambient… to which he listened all day long while painting healing mandalas, his main occupation since he discovered the ancient yantra, The Shree Yantra, Yantra of the Hindu Goddess Saraswati, the Goddess of knowledge, music and arts to whom he completely surrendered.

While painting the Shree Yantra over and over again, he learned the Sacred Geometry by heart only using the compass and the straight edge. He learned to construct the flower of life and dividing the circle in 7, 9, 11, 13 etc equal parts only with compass and straightedge.

The last days of his life were occupied with frantically painting the Shree Yantra and a major challenge, the Metatron’s Cube, which contains all of the geometric shapes in God’s creation and represents the patterns that make up everything in the known universe. Metatron is the name Enoch received after his transformation into an angel. The book of Genesis (5:24) is often cited as evidence of Enoch’s bodily ascension into heaven: “And Enoch walked with God: and he was not; for God took him.”

That was Kundan’s last major project, including the book he was working on, ‘Sacred Geometry Revived: The Art of Squaring the Circle, The Shree Yantra and The Great Pyramid – A Synthesis of Science, Art and Meditation’. (I hope that someday it will be published.)

He knew that his time was running out and prepared himself for the afterlife. He left his body behind on 10th November 2018, was cremated on 21st November and his ashes were spread into the Bali sea.

Fairwell, my friend, you lived your life to the highest peaks… with Magick… always considerate, always here and now, always honest to yourself… with a big heart… courageous…a Rebel… 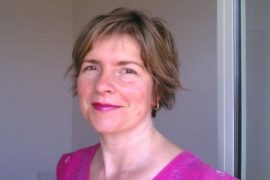 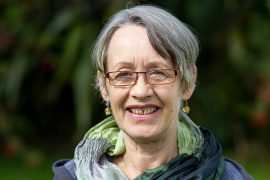 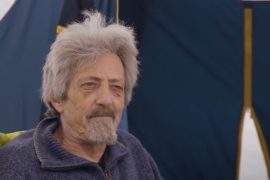