Punya was invited to an introductory event for the Ronnie Gardiner Method (RGM), that has proven beneficial not only for old-age memory loss, but also for stroke, Parkinson’s, MS and dementia patients, and children with learning disabilities. 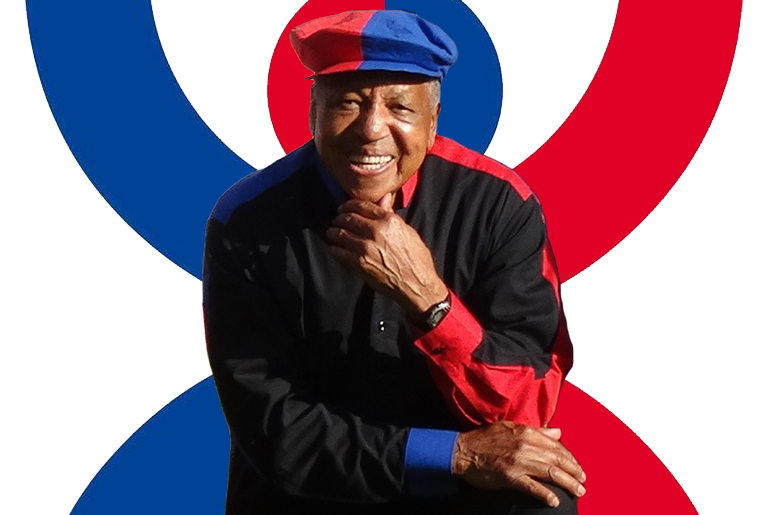 Last week a dozen of us came together for a 3-hour introduction to RGM. Narayani had given a class here two years ago, and another one last year, but this year it definitely caught my attention when I heard that the inventor was a drummer. I had watched drummers from close-by; right foot on the kick on the beat, left on the high hat off-beat; left hand a pattern on the snare and with the right another melody – possibly in another beat – on the cymbals. If he does not know about coordination, who does?

Here we are on a Sunday morning in an average-sized group room seated on two rows of widely spaced chairs (proper chairs!), a projector throwing charts on the wall behind Ronnie – who with a telescopic pointer taps on various symbols. He is wearing a shirt with sleeves, red on the left, blue on the right – with (un)matching red and blue socks. His cap, however, has the colours the other way round, as left half of the brain (blue) corresponds to the right half of the body and vice versa.

Narayani sits to his left to assist him. Ronnie – American from the accent – a soft-spoken, short, stocky and muscular man, about 65 one would have guessed – the average age of his audience – but it turns out he was born in 1932, which makes him 87; and I hear he still plays at gigs in Stockholm, where he has been based for the last 50 years.

Ronnie tells his life story. A tragic personal event led him to decide to give something back to life, to do something for children. As a drummer (and he was a very successful one!), it was natural he would choose to help children with their musical and motor development. However, quite soon it became apparent that his new method, that he developed over a period of 6 years, was suitable for people of all ages suffering health issues with the central nervous system.

The playful exercises showed such great results when done by children and adults with dyslexia, dyspraxia, ADHD, depression, stroke, MS, brain injury, Parkinson’s and dementia, that since 1999 it has become an established, successful therapeutic method, used in hospitals, rehabilitation centres, practices and schools. It is thoroughly researched by Swedish medical institutes.

In addition to the above, specifically for MS: functioning of the eyes, decreased stiffness, decreased spasms and loss of strength; after a stroke (CVA): sensor-motor control of the affected part of the body; dementia: more initiative, more in the here and now, better overview while you are within a given situation.

I was fascinated that his exercises have vision (as in reading the red and blue symbols on the wall), body movement and verbal expression all at the same time, covering what physiotherapy as well as art and speech therapy do – in one go. (The reason why he has been teaching many of these professionals!)

If we want to go more into the science of it, here is a passage from an article by Prof. Ngaire Kerse et al.:

“When performing the exercises, symbols are read (visual cortex) and translated into movement (prefrontal cortex and both temporal lobes), movements are alternated left and right (motor cortex), words are spoken simultaneously (language/speech centre in the left hemisphere), while listening to music (auditory cortex, limbic system and cerebellum), many different parts of the brain are activated simultaneously.

“The practitioner provides appropriate music in a tempo adapted to the level of the group or individual. This provides for the construction of new, and strengthening of existing, neural networks and for more/better connections in the corpus callosum. After all, ‘neurons that fire together, wire together’.”

Now back to our classroom: Ronnie taps on a symbol on the wall, a blue foot pointing to the right: we stomp our right foot and at the same time shout, Boom! At a steady rhythm we are shown a red paddle (symbolising a hand) on the left, we clap our left hand on the left thigh shouting, Baaa! Then right hand, left foot and then… the symbol of a red and a blue paddle (the two hands) meeting in the middle, that’s hand clapping, great sound!

Now that we know the routine a little, on comes the music; we stand up and tap and shout and dance to the rhythm of the musical hit! The focussing is tiresome and exhilarating at the same time. We make mistakes, we laugh, but the rhythm is clean and steady. It’s fun! There is discipline but also joy in the room.

Ronnie Gardiner demonstrates his RGM to percussion students at the Royal College of Music, London, 2012.

“That’s what meditation does for you!”

Quite a few times Ronnie mentions how good we are, how well we pick up things (even me space-case). During one of the breaks Nity comments: it’s because we have learned to listen to instructions. My version is: things have changed so much in our lives that we have learned to pick up the new quite quickly.

Towards the end of the event, Ronnie again appreciates the group for how well we have done, to which Narayani says to him across the room – as if for warning: “That’s what meditation does for you!”

Ronnie mentions the ‘natural drugs’, serotonin and dopamine, chemicals created in our bodies that contribute to our feeling of well-being and regulate movement, attention, learning and emotional response. They also come up when there is the feeling of accomplishment, “I managed to do it! I can do it!”

That explains the fun feeling in the room, we all do know each other, but the atmosphere is fresh, happy, light-hearted. And in this spirit, we hug Ronnie with a big THANK YOU, tidy up the room; and bubbling, full of beans, head home under the still-warm autumn sun. What a gift this has been! Thank you, Narayani and Ganga, for bringing Ronnie here, in person!

All the while our star is getting ready to head for Corfu airport to catch a flight to Athens where the following day he will give another introductory event (organized by Niskriya and Gita). 14 people are enrolled. (I hear a few days later from Narayani that they are considering organizing an Introductory Course there for April 2020.)

“At my work as an occupational therapist for people with brain illnesses, RGM was brought to my attention by a wonderful neurologist; she thought this method would be just up my street – and she was right. I loved what I heard about it, but it took me two years to finally do the Introductory Course; but then one after the other I did the Ground Course and the RGM master practitioner Course.

Demonstration of the RGM movements by Ronnie Gardiner (second on the left).

RGM is being taught and practised in 9 countries, among them Germany, Netherlands, Spain, Portugal, Norway, Sweden, Israel, UK, Hungary, and most recently, New Zealand.

After an Introductory Course you can practise with your clients, after the Ground Course you would be entitled to offer RGM as a therapy method and call yourself a certified RGM Practitioner, and as an RGM Master Practitioner you are introduced to even more tools to work with.

Each course teaches various symbols, when to use them, and how to include the music. As of today, there are 19 symbols in all; 7 are taught in the Introductory Course, 6 in the Ground Course and a further 6 in the Master Practitioner Course.

Ronnie is scheduled to teach this year and next in Sweden (Björnbo, Lidingö), Germany (Berlin) and will give a presentation at a Congress in the Netherlands (Amsterdam), speaking on the theme of ‘The Miracles of Music’.

Thanks to Narayani’s notes and to an article by Ngaire Kerse, Professor at the University of Auckland and RGM Practitioner, based on information given to her by Andre de Jong and Mariken Jaspers of RGM Netherlands – used with permission of Ronnie Gardiner.

(Ngaire Kerse recently organized 5 introductory courses for Ronnie in New Zealand which were sponsored by the University.) 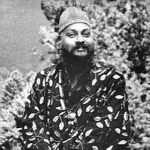 I used to go on my horse

Anything goes for a self-taught man!