Launch for ‘The Fabric of Life’ in Dallas

Meditators, seekers and friends gathered to celebrate the book release of Satya Vedant’s translation of Osho’s Hindi discourses ‘The Fabric of Life’ in the USA near the end of his North American tour.

In an intimate setting of candle light and roses, Swami Vedant talked about his journey which followed after Osho asked him to translate his discourses on the 15th century mystic Kabir. Kabir was a simple weaver, a total illiterate who never touched pen or paper, but was an incredible, genuine master.

Vedant reported that he felt happy with his translation, and that it took more time than he thought it would. The stories about Kabir make the rare poet feel like a next door neighbor. 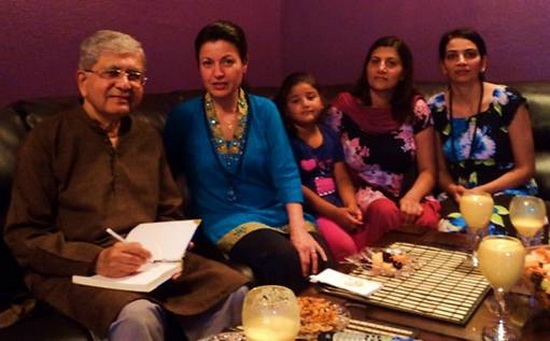 Kabir was one of many mystics that gave spiritual sustenance to India in the period after the Muslim invasion of India around 1000 AD, a period in which an “entire galaxy of mystics appeared in history with a message of love, compassion, meditation, yoga and awareness.” Vedant described Indian society at that time as one of upheaval, rife with slavery, torture and a feeling of helplessness. With no one to protect them from the invasion, the men, women and children of India felt terribly wounded and oppressed, making them more spiritually thirsty. While it is typically easier for a rich man to have the luxury of a spiritual life after his basic needs are met according to Maslow’s hierarchy of human needs, Kabir was at the very ground floor of Being, despite his poverty, inspiring others with his total immersion in the Divine dimension of daily life.

After the talk, participants enjoyed a one-on-one book signing, and the books rapidly sold out. The Fabric of Life is already on back order and greatly loved and anticipated by seekers, meditators, historians and Osho sannyasins in the USA. Satya Vedant also led the group in Osho’s beautiful Chakra Meditation using vocal sounds in each chakra for healing and energizing.

The Fabric of Life is a true literary and spiritual masterpiece that has been called “a crystal doorway” of perception. The book combines the rare experiential light of Osho and Kabir in one soul-stirring message that remains at the leading-edge of the contemporary despite Kabir’s songs being 500 years old.

Read the book review: The Fabric of Life 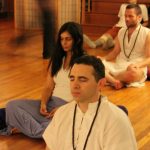 The Master is Always at Work 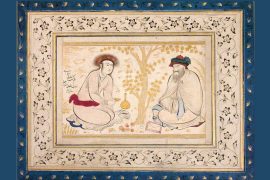 The knack of choosing a Master 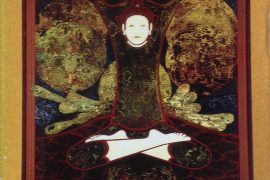 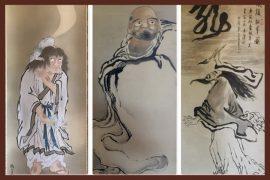