A tribute from Subhuti. 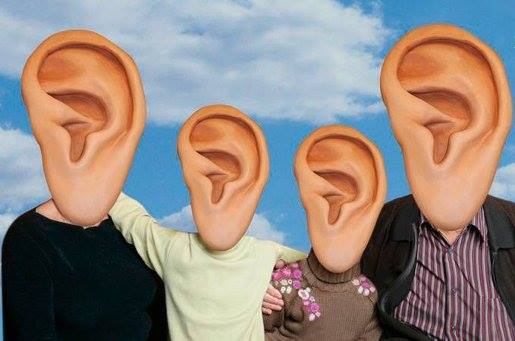 Hearing with surprise that my friend Leela has died reminds me of a bizarre and amusing moment that we shared while on the Ranch in Oregon. It was a moment that changed how I perceived myself.

I was working as a truck driver and she also had some kind of down-to-earth function in the American commune. We were both wearing jeans, T-shirts and jackets. It was a far cry from her previous work with people’s subtle energies and from mine as a journalist.

We were acquaintances, not friends. A few years earlier, I’d interviewed her in Pune for the ashram’s Press Office, when she and her partner, Prasad (Wadud), arrived from the United States and were initiated into sannyas by Osho.

To me, in my ignorant arrogance, their new names, Wadud and Waduda, seemed like one of Osho’s little jokes and their psychic gifts and interest in esoteric realms seemed almost ridiculous in a therapy-oriented community like ours, where emotional catharsis, sexual liberation and deep tissue bodywork were being emphasised.

I was, however, impressed when I learned about Wadud’s personal courage in defying his father, a successful businessman, in order to lead his own life, and walking away from an inheritance of many millions of dollars.

Waduda impressed me, too, with her story about how she and Wadud had helped Native Americans during the Wounded Knee incident in South Dakota, in 1973, when a group of about 200 Oglala Sioux defied the US government in a stand-off lasting 71 days.

For the next few years, I didn’t see much of Wadud and Waduda, except to note they had become part of our community and in the early 1980s shifted, like the rest of us, from a lush, jungle-like ashram in India to a windswept, barren cattle ranch in Central Oregon.

We had to leave our flowing orange robes behind and instead donned jeans and cowboy boots.

On the day of our encounter, it was dinnertime and along with everyone else I’d made my way to Magdalena Canteen, taking my meal from the buffet-style line of pots and then sitting down to eat at one of the long, white-topped tables.

Waduda came and sat on the seat beside me. We didn’t say hello. She was busy talking with a female friend and I was busy eating. I had a vague idea they were gossiping about something, but didn’t pay much attention.

At a certain point, however, Waduda must have decided that what she was about to say was confidential, because she lowered her voice and leaned forward to whisper across the table to her friend.

The moment she lowered her voice, I became interested and wanted to listen, too. Nothing very unusual in that, one might think. After all, we are all interested in juicy gossip, especially when we’re not supposed to hear it.

I was careful not to look in her direction, nor to interrupt my eating, so that she wouldn’t guess I was eavesdropping on her conversation.

But, at that very moment, with no volition of my own, I became aware that I was growing a giant ear on my left side, where Waduda was seated. It was an extraordinary experience. Of course, on a physical level, there was no such ear. It remained the size it has always been. But energetically, it had become enormous, like a giant listening device.

Equally extraordinary was Waduda’s reaction. She stopped talking to her friend, turned to her right and looked at me, or, rather, she looked at the massive ear that was somehow hovering in the air between us.

She didn’t say anything. I was embarrassed, but also said nothing.

What could I say? “Please excuse my giant ear?”

It didn’t make sense. I was in denial of the phenomenon, even to myself.

I went on eating and she tactfully changed the subject with her friend. The giant ear shrank and disappeared as quickly as it had come.

Much water went down the Ganges; Osho was deported from America, the Ranch disintegrated and there came a time when we all found ourselves back in the Pune ashram. This was the moment when Osho chose to open his door to all kinds of new therapies and growth methods, including a whole range of esoteric and psychic work – energy reading, aura cleaning, psychic surgery and so on.

At around the same time, the ashram’s group department was divided into specialized schools and the esoteric work was given to the School of Mysticism, run by a gifted American woman called Kaveesha. Needless to say, Wadud and Waduda were part of it and, when Kaveesha left India a short while later, they became the school’s directors.

In the early 1990s, after Osho had died, Wadud and Waduda wanted to write a book to share their esoteric knowledge – a kind of training manual for others. Since I’d already gained a reputation as a ghost writer, having written a best-selling Tantra manual with Margot Anand, they asked me to help.

At first, I was reluctant.

“I know nothing about the esoteric world,” I told them.

Waduda smiled and nodded. “That’s what I thought, too, until you grew that giant ear in Magdalena Canteen!”

I laughed. “Okay, you got me!” I replied and promptly agreed to help them write the book.

As part of the deal, they invited me to participate in the School of Mysticism’s Esoteric Science Training, personally led by Wadud and Waduda, which was a kind of beginners’ course for wannabe psychics.

I signed up, not really expecting to experience anything unusual, and was pleasantly surprised to pass through a whole range of fascinating phenomena, including being able to give accurate heart-readings, diving into a black and bottomless well of energy in my hara centre, and watching with detachment as I effortlessly grew an erection during a naked partner exercise, when a female participant shone a strong red light on my sex centre.

It became obvious to me, as Waduda already knew, that I had some psychic abilities, some kind of talent to explore the esoteric world.

We finished the book, but I never developed my talent further – at least not in terms of more trainings and possible session-giving. But, in another way, I did. I abandoned my arrogant attitude of dismissing the world of energy and psychic phenomena. I became more sensitive to subtle feelings, both in myself and in others. I learned to listen to my intuition and my hunches.

This was particularly useful when giving Tarot Card readings, which was something I really enjoyed – and still do. It has also helped me when leading workshops and trainings in the Enneagram system of Nine Personality Types, Inner Man Inner Woman, and Past Life Reading.

I don’t regard any of this work as esoteric, but in a way, of course, that’s what it is. There is no real boundary line between the physical, material world and the invisible world of energy. They overlap continuously in a thousand different ways.

I last saw Waduda, or Leela as she renamed herself, about two years ago, when she came to Osho Risk to lead the Women’s Liberation Group and was delighted to be invited to play several male stereotype characters in the psychodrama section of that amazing process.

I was very surprised to learn of her death. I knew she had health issues, but had no idea there was anything seriously wrong.

I’m deeply grateful to both her and Wadud for welcoming me into their world, in spite of my scepticism, and I feel particularly touched by Waduda’s attitude of supportive and warm-hearted encouragement, which she extended to everyone she met.

The following anecdote indicates her integrity as a teacher and practitioner of the psychic arts. I don’t know if it’s really true. I suspect it is. In any case, it’s a fun story.

Sometime around 1984, on the Oregon Ranch, when Sheela, Osho’s secretary, was at the height of her confrontation with the local population, she approached Waduda, asking if she could direct some destructive psychic energy towards the Ranch’s enemies. Waduda smiled and shook her head, explaining that she had learned all about the black arts in previous lives, passing through many hard lessons, and was not about to make the same mistake again.

Oh, and one more anecdote: back in 1988, when I was flat broke and desperate for a job, I’d heard that Margot Anand was looking for help with her Tantra book, The Art of Sexual Ecstasy.

Margot had already gone through a couple of ghost writers and was rumoured to be looking for me. I wrote to Margot, but didn’t hear back for some time and came to the conclusion it wasn’t going to happen. But Waduda felt otherwise. “Don’t worry, Subhuti, I’m working for you on other planes,” she assured me, with a mischievous smile.

I got the job.

Subhuti is a regular contributor 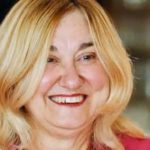 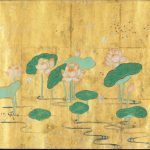 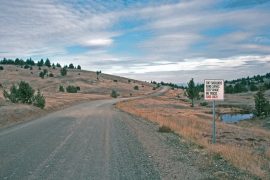 The Battle of Desiderata and Top of the Ranch