Times of crisis are both dangerous and immensely important

Osho states that “times of crisis are of tremendous significance…” 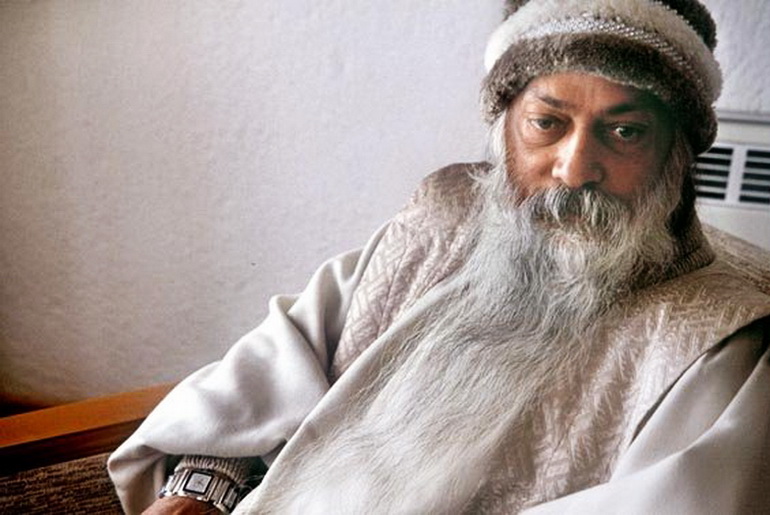 As society’s hold on people’s minds begins to disintegrate, in times of social crisis such as now there seems to be a tendency for an increasing number of people to fall below the mind into madness. Also, is it true that this is paralleled by a tendency for people to look at the possibility of going beyond the mind into enlightenment?

Times of crisis are both dangerous and immensely important – dangerous for those who have no courage to explore new dimensions of life. They are bound to disintegrate into different kinds of madness, because their mind was made by the society. Now the society is disintegrating, the mind cannot remain; its roots are in the society. It is constantly nourished by the society – now that nourishment is disappearing.

Because the society is disintegrating, a great suspicion, a doubt that was never there before, is bound to arise in the individuals. And if they were just obedient people who have never gone beyond any limit that society has decided, who have always been respected, honorable citizens – in other words, just mediocre – they will immediately go mad.

They will start committing suicide, they will start jumping from high buildings… or even if they live, now they don’t have a mind which can help them to figure out the situation for their life. They will become retarded, stupid, idiotic, may become schizophrenic, split into two persons – or perhaps a crowd.

In times of crisis, the danger is for those who have enjoyed the times when the society was settled, when there was no problem, everything was at ease, they were honored, respected. These were the people who had enjoyed the obedience of the mind, and these are going to be the sufferers. It is a simple arithmetic. They will go psychotic, they will go neurotic – and these words don’t make much difference.

I have heard a definition. One psychoanalyst was asked, “What is the difference between psychosis and neurosis?”

But times of crisis are of tremendous significance for those daring souls who have never bothered about society’s respectability, its honors; who have never bothered about what others think about them, but have done only that which they felt right to do; who have in a certain way been always rebellious, individualistic. For these people the times of crisis are just golden, because the society is disintegrating. Now it cannot condemn anybody – it is itself condemned, cursed. It cannot say to others that they are wrong. It is itself proving wrong; its whole wisdom is proving just foolish, superstitious.

The daring individual can use this opportunity to go beyond mind, because now the society cannot prevent him, cannot hinder him. Now he is free.

It is almost like a situation in a jail… when the doors are open, the guards have disappeared and the jailer is nowhere to be found. The people who have some sense, some intelligence, will use it for freedom. But those who have become so enslaved that they cannot think of freedom – imprisonment has become their home – they will simply panic, “What is going to happen today? No guards? No jailer? The doors are open! Who will take care of us? Who will provide food for us?”

There will be people whose slavery has penetrated to their very soul; these people will go berserk. But the people who always were in search of a moment when they can escape from the prison will be immensely happy. This was the time they have been waiting and praying for. They will escape out of the prison into the open sky. Going beyond the mind is going into the open sky, full of stars, the moon, the sun – the immensity of it… It becomes yours; the whole existence becomes yours.

The mind is a small cage.

But it is a beautiful time. The grip of society is lost. Yes, the mediocre will suffer, but anyway they were not enjoying, they were not really living; they were simply being hypocrites. By being insane at least they will be real, authentic. They won’t lose anything – of course they won’t gain much….

The new mind has to become continuously new, every day new, ready to accept any unexpected experience, any unexpected truth… just available, vulnerable. It will be a tremendous excitement, a great ecstasy, a great challenge.

So I don’t think this crisis is bad; it is good. A few people will lose their masks, and will be actually what they are – neurotic, psychotic – but at least they will be true and they will be honest. You may think they are mad; they are not mad, they are simply in a state of very great surprise. They have believed too much in the old mind, and it betrayed them.

But the best of the intelligence will reach to heights unknown before. And if even in a traditional world, a man like Gautam Buddha or Chuang Tzu or Pythagoras is possible, we can conceive that in the atmosphere that the new mind will create, a thousand-fold more awakened people, enlightened people will become easily possible.

If the new mind can prevail then life can become an enlightening process. And enlightenment will not be something rare, that it happens once in a while to somebody very special; it will become a very ordinary human experience, that only once in a while some really idiotic person misses.

What is the way beyond violence?

VIP pulled over for speeding