My Pune One Romance

Osho had left Pune and Rajneeshpuram was in the making. I could not believe that I had missed visiting the ashram in India; I read everything about it, including the many darshan diaries, and listened to many discourses by Osho. I fell into a sort of romantic nostalgia about the place, trying to recapture what was lost to me, and was in awe of every sannyasin who had ever visited or lived there.

The antidote to my suffering a helpless nostalgia about Pune One, was being with sannyasins as much as possible. We lived and meditated together, travelled, worked and worshipped together, danced, played music and enjoyed nature together. All this was wrapped in an atmosphere of love and joy, even elation. I experienced the Buddhafield as the larger, gigantic body of Osho and sensed that he totally trusted his sannyasins, his fellow travellers and beloved Bodhisattvas. Whenever difficulties happened in living together – and sometimes they did – it often all dissolved into tears and laughter and warm hugs. It seemed a time of magic, boundless creativity and continuous celebration.

It was time to go to the feet of my master.

His appearance was extraordinary, full of grace and beauty. Walking, it seemed he hardly touched the ground. He radiated absolute fearlessness and bliss, unconditional love and complete integrity. Integrity in the sense of containing all that exists. There was no trace of any divisions in his being, there was only oneness, which he describes as no-one-ness, a nothingness, a void. Scary. But so irresistible! The magnetic pull, for me, and for thousands of others, was immense. I finally had to travel to a remote corner in the far west of a large continent where I had never set foot before.

No other trees but fragrant juniper trees, strangely shaped hills and dusty dirt roads, tents and elegant timber A-frames for accommodation; a little town centre with a mall, a disco, a casino, an enormous meditation hall called the Mandir, lovely little ponds with black swans, a huge lake of the clearest water, the terrain seemingly measureless. Delicious food, clean air, bright sunshine, yellow buses driving up and down, innumerable red people dancing, singing, waiting for a shiny Rolls Royce to pass by in walking pace while everybody was jumping up and down or playing ecstatically on their musical instruments.

This is what first appears when I close my eyes and think of Rajneeshpuram. It was all so exceptional that even today it seems futuristic to me, almost unreal in many dimensions. I felt privileged to visit there. A sannyasin should meet the living master, there was no doubt about that. My anticipation was great and the first opportunity for me to see him was the so-called drive-by – when Osho, driving one of his Rolls Royces, met his sannyasins who had gathered and lined up in a vibrant love parade along the roads. The day of my first meeting had finally come and my memory of that is nothing but an immensely joyous and festive moment.

The Master Can Sometimes Be Hard

Blissful days followed with Dynamic in the morning, other meditations during the day or Kundalini in the late afternoon, delighted disco dancing in the evenings, swimming in the lake, the daily drive-by and sitting in Osho’s presence in the evening with silence and music and exuberant dancing around him on the podium.

My departure day neared and I had noticed that Osho had not looked once into my eyes when he passed during drive-by. I began to feel sad about this and was wondering what the reason might be. I booked a tarot session to find an answer before leaving. I pulled just one card from the Osho Transformation Tarot deck. It was Jesus, lashing his whip against the traders inside the temple. Tears came to my eyes when I heard the session giver say, “The master is sometimes hard with the disciple. But out of his love, because this is what the disciple needs to receive from the master at this moment.” That was a clear answer. I felt very sad. And I realised that there had been a part in me that had wanted to take Osho’s look into my eyes back home like a souvenir. I also realised that this wasn’t the way, and completely let go of my desire. All that was left now was a sheer gratitude, purified from any desire.

The next day was the last drive-by before my departure. Holding a red rose in my hand I was dancing and singing wildly together with all the other sannyasins in line. When Osho’s car stopped where I was standing, I lovingly placed the flower on the car’s bonnet. I had entirely let go of any expectations towards my master. And in that moment he looked straight into my eyes. I was unprepared when I realised that I was looking into an abyss of complete emptiness, into absolute silence. His car passed and I was shaken by the distinct contrast of this out-of-this-world quality to the abundant and total celebration all around him.

Arriving at Osho’s feet had the implication of having to leave again. Both events were often flooded with tears of gratefulness and disbelief that all this was really happening. Being in his presence and, alternately, living in the world became a mastery and a discipline. Staying in the master’s garden was the time to absorb as much as possible of meditation, working in his energy field and transformational inner growth. But the very same energy was immanent in all of the many meditation centres around the world and in his people. Sitting in Osho’s physical presence for discourse, or below a video screen instead, didn’t make much difference in the end. But it was clear that being with him as long as he was in the body was of great meaning and importance. So one year later I went to Rajneeshpuram once more.

Tightrope Walking Towards My Master

Two days before leaving for my second journey to the Ranch I had fallen ill and the pain was such that I had to go to hospital. My flight was already booked and the suitcase packed. After the examination a doctor told me that I would have to have an operation. My condition held the possibility of a life-threatening complication. I didn’t believe him. I said that I had to go on a journey and there was no way I would stay in the hospital, let alone undergo an operation. I was handed a form confirming that I was leaving the hospital on my own responsibility and at my own risk. I signed it.

At home I looked up the threatening condition involved, and indeed, the doctor had been correct. Should I return to have the operation? I decided to travel to the Ranch instead. By then the pain had become so intense that I had to delay train and flight, hoping to catch up a few days later, which I finally did. I sent a telegram to Rajneeshpuram (there once was a world without the internet…) saying that I would arrive later. I had to inform them because I had booked a room at the Rajneesh Hotel in Portland from where the bus would take us the Ranch.

It was challenging travel, with physical pain and the uncertainty of surviving the journey, but I did. Arriving at the hotel, I was told at Reception that there was a bus around the corner, waiting for me to depart for Rajneeshpuram. I couldn’t believe it. When I had taken my seat someone inquired regarding my condition, handing me and my travel companion snack boxes with delicious food – and the next moment the bus set off. The following days, there were little notes placed in front of my A-frame, asking if I was alright and if I needed medical attention. I was astonished that amongst thousands of sannyasins visiting I was particularly taken care of and I could feel Osho’s energy in all that.

I began to improve and decided to enjoy the remaining few days of my visit in simple ways. Though still recovering from my condition I took walks in the area, admiring the landscape and enjoying the bright sunshine that made the juniper trees release their scent so prominently. I collected a few leaves for safekeeping in a box. (Even after thirty-five years the fragrance is still there!) One afternoon I strolled down a dirt road in a quiet, deserted area of the Ranch. The sun was shining brightly and it was a warm, still day. Now and then a car passed and I had to turn away to avoid clouds of dust being blown into my face. As I kept walking, suddenly a very strange feeling began overwhelming me. I stopped, turned around and looked back down the road.

Like a mirage I saw a Rolls Royce approaching. The sun was blinding me but then I saw Osho in the driver’s seat, his hands at the wheel, Vivek next to him. Both looked beautiful, somewhat frail and very focussed, Vivek with a slight expression of concern on her face. Osho drove the car rather fast with clouds of dust rising up. I stepped aside, raising my hands in a namaste at the unexpected, and sort of private, meeting with my master, when they had already rushed past me with their eyes fixed on the road, like two solitary accomplices out for an adventure.

But then the real thing happened. The strange feeling that had made me stop and look back had by then engulfed me completely and made me fall out of time. Time had entirely stopped. A door had opened wide into another dimension and then swiftly closed again. This never happened to me again.

Illustration by the author – read the whole series: Jewels on the Path by Radhika

Illustration by the author

Radhika is a writer, poet and designer. 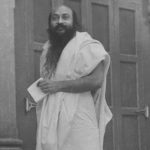 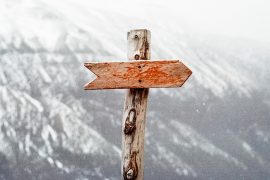 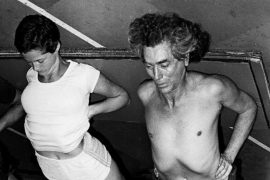 The first time I went to India

The Patience of Ordinary Things