A Norseman finds his Master after 12 centuries – a ghost story by Punya.

How we came to know our painter friend, Max Hague, I do not remember. He was older than the crew, mostly students from Edinburgh University, who had gathered around us to learn Osho’s meditations and Reiki. He was not interested in any of it, but was quite impressed by the quotes from Osho’s discourses I had gathered for the compilation Art Expressed through Meditation – and had started using expressions like ‘going with the flow’. His paintings were indeed in the flow as he combined various shades of industrial enamels and let them flow into each other with minimal interference. The finish was shiny smooth, over and across the frames, and the colours intense. We had one of his 2x2m pieces, Fire Dance, hanging on the purple walls of the corridor in our flat.

Max visited us whenever he was in town and he had invited us to his home once or twice. Only a painter could have chosen such a place! It was in what was once a fisher village, now gentrified by ‘outsiders’, eccentrics and pensioners with a lust for adventure and discomfort. About eight cottages straggled in a line along a dirt road at the edge of the sea where waves splashed against sharp black rocks, a huge cliff wall just behind. The access road, starting about two miles after the turnoff from the A1, suddenly drops off at a sharp angle along the cliff. The village comes in sight from a scary height. Once down along the water there is just enough space to park the car on the side of the path, in the spray of the waves and the drizzling rain which washes the dirt off the car. A warm cup of tea and a fizzling fireplace welcomes us inside.

On one of his next visits to Edinburgh he told us that one of his neighbours wanted to make a B&B out of his cottage on the theme: ‘B&B with a ghost’. Apparently house-keys were put into shoes in the night, and other such attention-grabbing signs occurred. The story was that a man on a pilgrimage from Norway (quite a distance across the North Sea, but not far enough to have ever deterred journeys from that land…) had become stranded on the beach during a storm. He was on his way to visit St Cuthbert on the Holy Island, about 20 miles south, but died here from his injuries.

Understandably I was appalled that anyone could make a business out of a poor ghost and suggested someone could pretend to drive him down to the Holy Island and drop him off there, so that he would finally complete his journey and find peace of mind.

Despite his openness to all sorts of inner and outer spaces, Max was not much taken by the idea.

Months passed, ghosts forgotten… One day was visit-the-stepmother day. We left quite early that morning, heading south on the A1 towards Newcastle. The ghost came back to mind when I saw the exit sign for Burnmouth.

“Shall we pick up the ghost and take him to the Holy Island?”

Crazy idea, but then what is there to lose? I drove to a spot just before the steep road plunged towards the sea, I called the ghost, though wondered if he could hear me from up there. He apparently must have because, back on the A1, I remember feeling him sitting in the backseat. Looking over my shoulder, I felt him start to comment on the beautiful road we were travelling on: so smooth, and so fast. He appeared to enjoy the wind through the open car windows.

Our conversation was half ‘pretend’ as children do when they play with their dolls and still there was some truth in everything. My mind was understandably judging my fantasizing, but still I let my imagination run on. Amiten sat next to me – with an astonished expression but still with an always-loving, Let her get on with it and let’s go along with it!

When we reached the turnoff towards the Holy Island, where I had intended to drop off the ghost and let him ‘walk’ the last bit, I threw a glance to the tide table. I calculated there was enough time to drive there and back over the causeway before the tide closed off access to the island. Mother would be waiting, we would be late… We called her on my very first brick-sized mobile phone. All was fine, she would not mind us being late.

We had visited the Holy Island countless times when we were living in the Scottish Borders. It was a wonderful destination for a day out at the seaside. It was not so much the sea I was interested in but – I suspect – the atmosphere there. Like most abbeys in Britain – to the great disappointment of European travellers who expect to find decorated churches and monasteries after following those inviting brown tourist signs – the priory on the Holy Island is merely a ruin. A tall wall, an arch pointing into the sky and spring flowers growing between fallen wall stones is more or less what is left of Lindisfarne Abbey.

Another place I was in love with was Melrose, which also has an abbey. From an artistic point of view there was nothing worthwhile seeing, an almost intact side nave, but then just rows of arches and arches staring into the sky, a pitiable sight. Still each time we drove past I had to stop at the abbey’s entrance and wave a hello to the ruins. I wondered many times why there was this attraction. Maybe it was the name, Mel-rose?

Much later I heard about the 7th century monk, St Cuthbert – when I received a leaflet describing the newly-set-up walking route named after him that was crossing our village, Yetholm. The pilgrimage path starts in Melrose and ends on the Holy Island, as if to trace the journey from west to east he had taken when travelling from Melrose to Lindisfarne, where in both places he had been Prior.

What I liked about his life story is that as a young man he first became a soldier, even after a mystic vision, and then in older age resigned the prestigious post as Bishop of Lindisfarne to get back to a simpler life as a hermit. We had visited his tomb in Durham Cathedral (they say the body has remained intact), but I felt more of a connection when visiting Melrose or Lindisfarne, although at the time I was unaware that what I felt in those places was St Cuthbert’s energy.

Back to our ghost in the car. We stopped in our usual parking lot on the island and pretended to walk the ghost to Lindisfarne Abbey.

“I am so sorry, this is all that is left!” I said to the ghost. He must have felt a bit disappointed. So we just stood there. I did not know what to do, but then stated aloud, “St Cuthbert, here is a guest!” Suddenly from the arches an enormous energy came towards us, enveloping us all with a warm welcome.

“I have been waiting for you all these years. I am so glad you finally made it!” I heard.

A big smile – the Master reconnected with his disciple, that special connection we sannyasins know so well.

And I kept crying – and driving – all the way down to Newcastle… and now again while typing.

Punya is the founder of Osho News, author of the memoir On the Edge. punya.eu 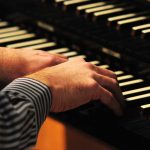 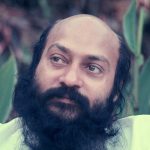 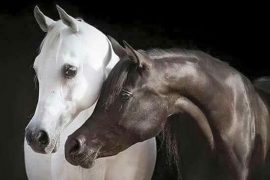 There is only now… 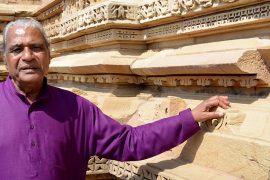 Gorakh and Osho re-discover the essence of Tantra