Madhuri remembers the jobs she found after leaving Rajneespuram, among others impersonating Madonna. 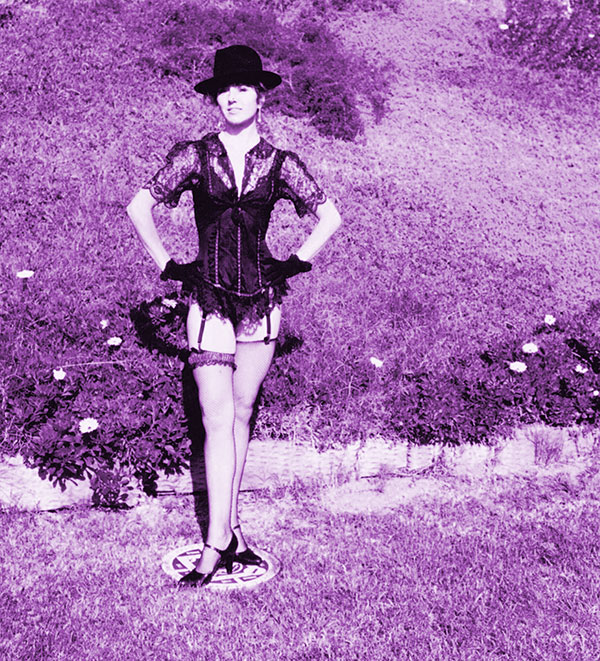 After the Ranch I lived in Laguna Beach, California with Subuddha and a houseful of ex-Ranchers. Right away, I had three jobs: Chakra readings, which paid extremely well (I’d lucked into a Hollywood business-mogul crowd, and left the amount up to them; they were shockingly free with their checkbooks). I also cleaned houses in a crew; vacuuming shag carpets under the sharp gaze of the lady of the house, in various retirement communities. This paid fairly well for that sort of thing, due to the negotiating skills of Saki, our team boss. I had a hard time with the chemicals, though I don’t regret the education.

My third job was Party Entertainer. I had an over-medicated agent with a Southern drawl who sent me out on dozens of jobs over the nine months I worked for her. Usually I was a singing Strip-o-gram and got paid according to how many clothes I took off; but tips were large and the best thing was, I had complete artistic freedom. I could invent any bizarre act, tell any joke, sing songs I made up, and dance to my own joy. I’ve described some of my more notable adventures in Stripping California, published in Viha Connection years ago.

But, after a bit of larking about with scenes I’d not included in that article, there’s a humbler little tale I’d like to add here…

Sometimes it wasn’t about taking clothes off, and then layer after layer of underwear. (Once, though, divertingly, I was hired to be a bag-lady who came out of a huge wooden cake in the back garden of some rich people in Newport Beach; I wore two grey wigs, and Salvation Army rags; and the underwear I stripped to was grey too: men’s boxer shorts over baggy tighty-whities. That was fun.)

One of my first jobs was as a Madonna impersonator for a birthday party full of nine-year-old girls. At that stage in my history, since I’d spent all my adult life in Osho’s communes, I had only a vague idea what a bag-lady was and no idea at all about Madonna. There was no Internet then, so I just sort of winged it – listened to ‘Like a Virgin’ once, and put on various bustier/fishnetty things and lip-synched to that stupid song. One of the little girls asked me in her piping voice, “Are you Madonna’s sister?” – so that was okay.

I was supposed to dance at a wedding – not taking too much off – but Subuddha and I had gone hiking in the hills and I’d slid down a nice green viney slope in short-shorts, just after dark…and the poison oak created big fluid-filled blisters that bulged out of the holes in the fishnet stockings. I had to cancel, and was much-berated by my agent (who was otherwise, I must say, very happy with me).

So, now we come to the wee story. I was recruited to impersonate another pop culture character I had no idea about: someone called Elvira, a witch from a TV show. Sally, the agent, told me Elvira had long black hair; that was my only information. Elvira was supposed to go to the grand opening of a new hotel somewhere in the vast L.A. sprawl, and, in the massive bar/restaurant, read palms. A lady portrait-cartoonist was to be there too.

But first we had to audition.

The entertainment manager of the hotel met us in a room somewhere – I don’t now remember where – to vet us. The cartoonist was a nice woman, sensible, mature, and calm. The entertainment manager was a thin, nervous man who seemed to be explaining a lot of business detail in a curiously distracted, apologetic way. He shifted in his seat a lot, gesturing.

He sat patiently for five minutes while the artist drew a cartoon of him – quite good. He then approved it. So she was in. Then it was my turn. I asked him to put out his hands, palms together, so I could hold them and tune in to them before looking at the lines.

I was bewildered. “But – how do you know if I’m any good? Just a few minutes -”
But he’d pulled his hands back to his sides, and refused to show them; he insisted that there was no need for me to read them. I was hired.

So on the night, I dressed in some sort of gown and combed my brown hair long and tried to think in a black-tressed way; and I went to the party in that huge dim place and read a great many palms while people stood in a long queue waiting. And I was struck by this American disparity: each person I read was a unique, organic, many-storied, multi-storeyed, mysterious, ancient, elemental, complicated world…patchy and uneven, funky and strange – who contained, Osho says, all the animals; and, I would suppose, all the gods and goddesses too (though how conscious they were of all this was another thing). And the venue? A synthetic, homogenized, spiritless, cookie-cutter, enormous, absolutely soul-sucking box…in which, somehow, these people were expected to operate.

It was so very odd. But I got through it, happily, and the cartoonist did too; and then…

It was a week later that Sally told me on the phone: “Y’all remember that ennertainment manager for the Hyatt Ho-tail? Where y’all was last week?”

“Way-ull, he jus’ took all the whole budget of that ho-tail’s ennertainment fund an’ he spleee-ut! He run off to Texas!”

“To Texas! Wow!” I was delighted – one gets hard up for ennertainment out in the serious ol’ world. And then it hit me – “Oh – ah – I see! That’s why he didn’t want his palm read!”

More articles, reviews and poems by the same author on Osho News 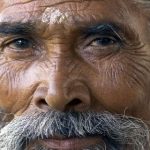 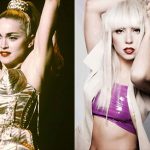 Madonna & Lady Gaga: they are performers, sure, but are they Threes? 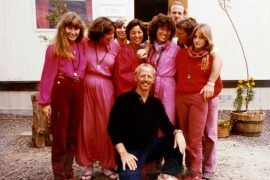 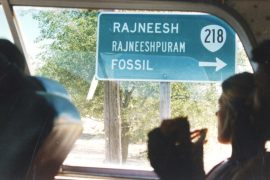